Why a Name Matters More than You Think 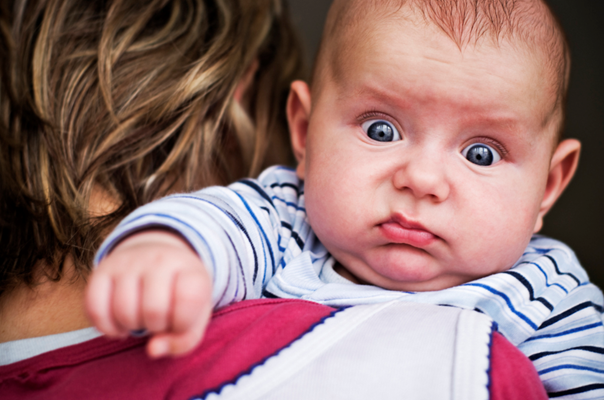 “The beginning of wisdom is to call things by their proper name.” — Confucius

You hear people say it all the time – “I don’t care what you call it… call it whatever you want… I just care that…. Blah, blah, blah.”

Sure, they don’t care what to call it, or what you call it.

You can’t even ask for it by name.

Or worse, somebody does a bad job with the name.  They name it something weird, or too vague, or they misrepresent it, or they use initials or an acronym.  So many people use a TLA (three-letter acronym), not realizing they are killing their idea softly.

The Right Name Matters a Lot

Names matter.  Names matter a lot.  Just like people judge a book by it’s cover, they judge an idea, company or whatever by the name.

The right name for your idea matters a lot.

The right name for your article or blog post matters a lot.

The right name for your domain matters. (So many people think, Oh, Google will find us – bad idea.  You want people saying and sharing your catchy domain name with all their friends).

The right name for your company can make or break your company, or give you a huge advantage in the market.

One of the most important things I do when I coach a business owner is to help them really think through the name of their company.

The right name can help you rise above the sea of sameness, and transcend the sea of mediocrity.

The right name can be a great label so that everybody can refer back to the same thing, the same way, and know what you are actually referring to, or talking about.

You know… that thingamajig?…

Remember, that thing you talked about the other day?…

You know that idea about about whatever you were talking about?

Al Ries on Why Names Matter

As Al puts it, “The name is the hook that hangs the brand on the ladder.”

Here’s what Al says about why names matter:

“The most important marketing decision you can make is what to name the product. That’s what we said in our 1981 book Positioning.

Naturally, the brand went nowhere. How can an English-speaking person file that name in the vodka category in the mind?

The leading pasta brand in Italy is Barilla. So the owners of the brand introduced Barilla in the American market with the slogan, Italy’s #1 pasta. Three years later, Barilla was the No.1 pasta brand in America.”

You Can’t Move a Brand in the Mind

It’s hard to re-brand a brand.   People try to rebrand ideas, or things, or companies, or people all the time—and it’s tough.  And it’s expensive.

If you know psychology, you know that it’s incredibly difficult to change a first impression.  (And, that’s why people worry about getting branded as an XYY, and that’s why it’s “tough to be a preacher in your home town”.)

Al Ries relates this idea to marketing and how businesses try to rebrand their products.

A better approach than trying to rebrand a brand is to actually spin off another brand, so it gets a fresh start, and a fighting chance.

The list is endless. We called this exercise in futility, The line-extension trap.”

Don’t use TLAs (three-letter acronyms).  Don’t try to get clever with initials to try to simplify a complicated name.

“There are letters of the alphabet and there are words in the mind, but not initials. When a mind hears or reads about a brand using initials, the instant reaction is ‘What do those initials stand for?’

GE stands for General Electric. HP stands for Hewlett-Packard. IBM stands for International Business Machines. Initials are recognized in the mind not as initials, but as the shorthand for names. If the names are not in the mind, then the prospect is unlikely to remember the initials.

Probably not. But all 30 are on Fortune’s latest list of the 500 largest American companies.”

Names are How You Refer to Slots in the Mind

You can think of categories as slots in your mind.   Categories could be books, cars, watches… you name it (actually, that’s the idea

A name is how you find something again.

It’s how you refer to something.  It positions something in your mind.  It takes up a slot.

Do you know search engine or Google?

Do you know tissues or Kleenex?

Do you know online bookstore or Amazon?

Some say a rose by any other name would smell as sweet.  But really, would it?  Would you like to smell some Ode de Skunk?

The candy bar Whatchamacallit is a play on the idea we don’t know what to call something.

Side note – here is a little trick for winning at a category, according to Al, if the main category is taken.  Narrow your focus.  Divide the niche.  For example, you can’t beat Amazon by trying to be another online bookstore.

But, you could try to win the online business books category.

By diving deeper into the niche and enhancing the experience, you could end up owning the “business books online” slot in somebody’s mind, even if “online books” is already taken.

Frame It and Name It to Win the Game

Long ago, one of my best business mentors would say, “If you frame and name something, you win.”

He said that categories matter.  He said the frame of how you look at something matters.  He said the labels, or names that you use, matter.

And he was right.

Whether it’s a well-framed and named idea, or a project, or an initiative or an idea, names can work for you, or against you.

Like Al Ries said, “The most important marketing decision you can make is what to name the product.”

I’ve seen authors of books on pattern disrupt giant companies because they named and framed a space.

They built a vocabulary in the minds that people wanted to embrace.

So consumers forced the producers to change their products to match the models and the names inspired by a single pattern author.

I’ve seen multiple times where a product team would have to change direction, and use hundreds, if not thousands of man hours to respond to well-named and well-framed pattern languages.

If you want to really own a space, or lead in a domain, then frame and name the space.

It’s not easy, but it’s worth it.  I’ve created patents for information models, and the big thing that I learned is that sometimes the name matters more than the model.

But if you don’t launch and land with the right name, then all your precious work can get lost again into that same sea of sameness, where everybody fights over the same space in the red ocean.

The right name is your chance to leave the red ocean behind, and enjoy the blue ocean for a change.

The Concept vs. the Label

This is a tough one, because it’s so primal.   Just like people get attached to their ideas, it’s easy to intermingle, and confuse, a concept with its label (or name).

The concept is the idea–the person, the place, or the thing (even if the thing, is actually just a thought or idea).

Long ago I remember helping a few colleagues distinguish between the concept vs. the label (or the name).

They were fighting over names of things before they even agreed or talked through what the concept was.

And it’s tough to name something well, if you don’t know what the concept is

So I asked them to first talk about the concept, then worry about the label later, so they could get clarity on what we were talking about.   Names were getting in the way of the concept.

And it helps to call a spade a spade, if really it is a spade you are talking about.

Separating the label from the concept can help you think about things more deeply, and create better clarity.

It’s like how if you can focus on the message vs. the messenger.   We remind people all the time, “don’t’ shoot the messenger”, but primal minds are often quick to associate the messenger with a negative message.

And, that’s why so many leaders are walking examples of “the emperor has no clothes.”  They can’t embrace or appreciate the bearer of bad news.

Why Patterns are So Powerful

I remember a mentor once saying that “patterns are how we share strategies”.

So when you name a pattern, you make it easy to share a strategy.

Dr. Richard Kirschner used patterns to name bad behaviors.   In his book, Dealing with People You Can’t Stand, he named 10 bad behavior patterns that he saw, that created conflict and got in the way of people getting along.

Here are the 10 patterns of bad interpersonal communication:

By labeling, or naming the idea, Dr. Kirschner made it much easier to refer to each behavior pattern, and to be able to talk about each negative behavior pattern in detail.

And, really what he did was give people names they can use to make sense of negative behaviors that they see.

Names are a big key to your personal and professional effectiveness.

Or just name your documents better.

Or just name your project code names and initiatives better.  (and please, no more Project Unity or Project Utopia or Project Synergy or Project Horizon or anything else related to how one ring will unify, unite, or align them all)

If you can get the name right, you are way ahead of the game.

How To Get Better at Thinking Up More Ideas

How To Reframe Problems as Creative Questions

How To Share Big Ideas Better with a Narrative Memo

The Big List Approach – How To Build Bigger, Better Lists with Skill

How To Organize a Really Big List of Use Cases and Scenarios
Next Post:How To Use the Double Diamond Method to Innovate Better