Accelerate Value in the Cloud by Accelerating Adoption 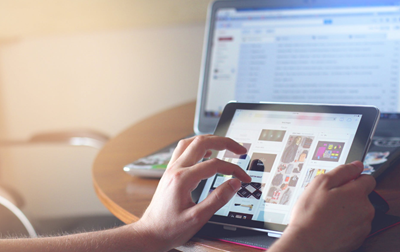 Before the Cloud, there was a lot of focus on deployment, as if deployment was success.

Once you shipped the project, it was time to move on to the next project.  And project success was measured in terms of “on time” and “on budget.”   If you could deploy things quickly, you were a super shipper.

Of course, what we learned was that if you simply throw things over the wall and hope they stick, it’s not very successful.

“If you build it” … users don’t always come.

It was easy to confuse shipping projects on time and on budget with business impact.

But let’s compound the problem.

The big hump of software development was the hump in the middle—A big development hump.  And that hump was followed by a big deployment hump (installing software, fixing issues, dealing with deployment hassles, etc.)

So not only were development cycles long, but deployment was tough, too.

Because development cycles were long, and deployment was so tough, it was easy to confuse effort for value.

Now, let’s turn it around.

So with smaller, more-frequent releases, and simpler deployment, some software teams have turned into shipping machines.

The Cloud shrinks the development and deployment humps.

So now the game is a lot more obvious.

Deployment doesn’t mark the finish.  It starts the game.

The real game of software success is adoption.

The Adoption Hump is Where the Benefits Are

If you picture the old IT project hump, where there is a long development cycle in the middle, now it’s shorter humps in the middle.

It’s not new.  It was always there.   But the adoption hump was hidden beyond the development and deployment humps, and simply written off as “Value Leakage.”

And if you made it over the first two humps, since most projects did not plan or design for adoption, or allocate any resources or time, adoption was mostly an afterthought.

And so the value leaked.

But the adoption hump is where the business benefits are.   The ROI is sitting there, gathering dust, in our “pay-for-play” world.   The value is simply waiting to be released and unleashed.

Software solutions are sitting idle waiting for somebody to realize the value.

As I said before, the key to Value Realization is adoption.

So if you want to realize more value, drive more user adoption.

Adoption is Where the Action Is

In a Cloud world, the original humps of design, development, and deployment shrink.

But it’s not just time and effort that shrink.

With online platforms to build on (Infrastructure as a Service, Platforms as a Service, and Software as a Service), you don’t have to start from scratch or roll your own.   And if you adopt a configure before customize mindset, you can further reduce your costs of design and development.

Architecture moves up the stack from basic building blocks to composition.

And adoption is where the action is.

What was the afterthought in the last generation of solutions, is now front and center.

In the new world, adoption is a planned spend, and it’s core to the success of the planned value delivery.

If you want to win the game, think “Adoption-First.”

10 High-Value Activities in the Enterprise
Next Post:The 7 Habits of Highly Effective IT Leaders