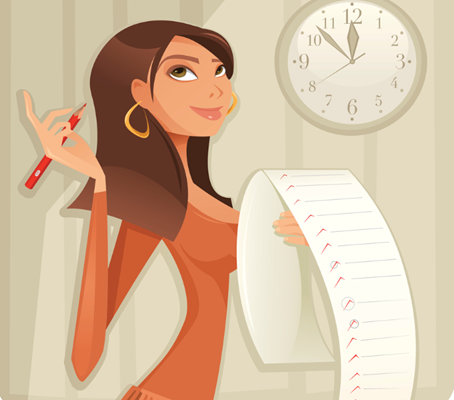 Anybody can create a short list.  But not everybody can can create a useful, actionable, and insightful big list with skill – unless they know a few tricks of how to organize them.

I’ll teach you that here.

You don’t have to love lists to love what they can do for you, especially, if you know how to build a better list.

You can use big lists to manage your ideas, scenarios, user stories,… anything really.

Lists are actually an incredibly effective way to slice and dice information into useful indexes.

I’m going to share what I learned about building better massive lists that I use for everything from organizing massive catalogs of ideas, to backlogs of scenarios and user stories to designing and driving competitive assessments.

One of the most powerful skills you can master in the information age is building better lists.

Big lists can give you the wide angle lens or the bird’s-eye view that you just can’t get from little lists.  (Note – use the right list for the job, but if you don’t have a Big List Approach in your toolbox, you’ll use the wrong tool for the job.)

Information is power and big lists can put powerful information at your fingertips.

If you know how to manage massive lists, you can learn faster, be more productive, turn insight into action, and hack massive mounds of information down to size.

Managing Massive Lists is the Mark of a Skilled Program Manager

I’ve learned how to manage massive lists as a Program Manager at Microsoft.

I’ve had to learn how to create big lists that are actionable and insightful.

And I’ve learned how to put more information at fingertips than is normally possible.

One of the key abilities of an effective program manager is to manage massive lists with skill.

When People Swarm on Problems, They Need to Manage Massive Lists

When people swarm on challenges, they share stories, ideas, and thoughts.

You need a way to capture, consolidate, and share the ground you cover.

If you can manage a big list, then you are way ahead of the game.  You will have an extreme advantage over any individual or team that does not have a way to index the ground they cover.

You really can list your way out of a lot of situations, because so many situations are more complex than they need to be because there’s no index.  It’s like diving into a deep sea of pages in a book, with no table of contents to help you know where you are (or where you’ve been, or where you are going).

As part of my job, I research a lot.  I already learned to use massive lists to help create useful indexes of things to help me keep large amounts of information at my fingertips:

Within a short period of time, I can find my way around a new topic and I can figure out how to dive deeper, because now I have indexes at my fingertips.

The lists are my indexes, reference points, and reminders, so I don’t waste my brain on ground I’ve covered, and I can get back to where I’ve been, or pick up where I’ve left off.

I call my approach Two-Column Tables, because it’s turned out to be my best way to manage massive lists, in just about any situation.

It’s as simple as is sounds.

I chunk my lists up into a table with two-columns.

Any giant list can be chunked up into themes or categories, and put into a Two-Column Table.

And this is a great way to manage indexes of ideas, scenarios, or user stories

The Key is the Frame / Categories Approach

What makes this work is that you are grouping list items into meaningful buckets.

Of course you could make separate lists.  But in this case, the power comes from creating a list where you can easily scan across and see everything from a bird’s-eye view.

From this balcony view, you can spot patterns and you can draw insights, that you can’t possibly do if you spread the information out over bunches of places to look.

To create the themes, there are two main ways, and both ways work.

You can create categories, and then go find the rocks.

Or you can gather your rocks then put them into buckets

In general, I gather my rocks, and then group them, to see what sorts of buckets or categories make sense.

But the big thing to avoid is imposing buckets or categories on your information where it doesn’t make sense (and yes, that happens all the time).

Example of a Two-Column Table of Ideas / Scenarios

Here is an example that I think is really helpful to see.  It’s especially powerful for creating an index of ideas.

This particular example is the result of organizing a large team of people around the world to share ideas on the future of Oil & Gas.   This is from several years ago, but we were trying to figure out how we could use the Cloud to create new opportunities to advance the industry.

It’s really a combination of identifying where the hot spots are, and listing ideas.  The first challenge was figuring out where to focus, but as we created lists, it was like a snowball and it helped build momentum.

Example of a Two-Column Table of User Stories

Here is another example of a Two-Column Table of User Stories.   Note that in this case, it’s not the full format of “As a user, I want to X, so that I can Y”.

It’s an old list, but I think it illustrates the full power of Two-Column Tables.

I created it by interviewing CIOs and Enterprise Architects at the time, to learn how they would use the Cloud and where they got stuck, and where they needed the most help.

It made it really easy to find repetitive themes and to create a very large map of concerns.   When I was done, I shared it back out with participants and they really enjoyed the bird’s-eye view of this big new thing called the Cloud, at the time.

Here is a my example of a Two-Column table of user stories:

Map of Cloud User Stories for Business and IT Leaders

When lists get massive, the best way to sort them is A-Z.  It’s easier to find duplicates, and it’s faster to scan all the items.  You brain knows how to do this well.

In fact, the first table I left the mistake in, so you can compare.

In the second table, the categories are in alphabetical order so you can very quickly scan the full table and find the topic.

As you learn to name things better, the A-Z sort becomes more important.

A to Z is just an example, and I call it out because some people make no attempt to sort at all, and that little tiny change can make all the difference in the world.

I think you’ll find over time, you can always create a prioritized list from your base list – it’s fast to scan and recognize what’s more important than other things.

What’s hard to do is know when you have duplicates or where to look for something – if you know it’s alphabetical, then you know where to look.

I’ve never had a great name for this pattern, but I’ve just called it the “View More Pattern”.

Within a bucket or category, if the list of items is long, then I bubble up the most important to the top.

This helps easily see the most critical set, then quickly elaborate for more.

So really, if you think about it, the massive list, is just a collection of well-organized smaller lists, from simple to complete.

This ability to chunk up information into a simple set and a complete set is the key to hacking your way through complexity.

You can easily learn to handle increasing volumes of ideas, user stories, scenarios or whatever by using just enough mental scaffolding to guide your way.

Create your own massive list – your ultimate bucket list — of all the things in this world that you want to do do, want to experience, or want to achieve.

Create your ultimate list of the amazing things you want to do in this life.

Dr. Chris Stout is famous for his big list of goals.  Dr. Stout was inspired by John Goddard’s long list of adventures and lifetime achievements featured in 1972 issue of LIFE Magazine.

I can’t find the article now, but I remember Dr. Stout saying that rather than feeling overwhelmed by a big list, he feels inspired—it reminds him of all the possibility and future adventures he can’t wait to go make happen.

The world-adventurer John Goddard was featured in a 1972 issue of LIFE Magazine for his amazing list of adventures and achievements.

Note: I only alphabetized the categories of Goddard’s list. For bonus, I could have sorted the list items within each bucket into alphabetic for faster scanning. Additionally, I could have bubbled up the most interesting list items, and used the “View More” pattern, too, for an ultra-scannable list.

Big lists are the backbone of big dreams, bold ambitions, and epic adventures.

Don’t ever let a big list intimidate you.  If you can’t make sense of a big list, just chunk it down into themes that make sense for you, and sort it so you can scan it.

I’ve used big lists to handle hundreds of items and to make it easy to stay on top of what would otherwise appear to be chaos.

I remember one of my former manager’s telling me that he struggled with his stamp collection until he finally organized it into themes.   From the sounds of it, he had a big collection, but once he chunked it down into themes, it was easy to sort and sift through.

How To Generate More Ideas with Brainwriting
Next Post: Why a Name Matters More than You Think