How To Kill Innovation 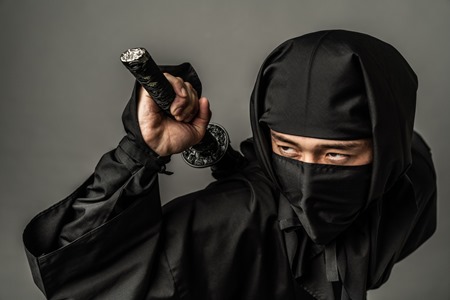 “The only way you survive is you continuously transform into something else. It’s this idea of continuous transformation that makes you an innovation company.” — Ginni Rometty

A few years back I was working on a culture change effort for Satya Nadella, the CEO of Microsoft.

To prepare myself for the challenges ahead, I reflected on all the various ways I had seen different people create resistance to change, or flat out attempt to kill innovation.

I find it’s much easier to drive innovation and change when you know how people will play games or sabotage or create slippery slopes for you.

It’s like taking away the magic trick because once you know how it works, you are surprised less.

When you see through the charades and games, and you know what you’re dealing with, you can choose to respond versus react.

You can often pull the rug out from the attack, head the attack off at the pass, or choose another path to avoid it entirely, if you see can see a situation unfolding more clearly.

What You Don’t Know Can Hurt You

If you want to be really good at innovation and change, you need to really understand how innovation gets killed.

If you understand the opposite or opposing forces, it helps you at a deeper level, and, like a ninja, it helps you expect the unexpected.

What you don’t know can hurt you when it comes to the change game.

And ignorance isn’t bliss when it comes to somebody opposing your change efforts.

Once you know the patterns, you can more easily read a situation pretty fast, and you can see things coming.

It’s like a movie in slow motion, or better yet, you know how the movie ends, or you’ve been on this ride before.

Like Stephen Covey said, light is the ultimate disinfectant in nature, and when you shine the light on sabotage, at least you know what you’re dealing with.

Sabotage?  Is that too strong a word?  Originally, I thought so, but guess what…

Yes, surprising as it may seem, there is a lot of sabotage lurking in the organizational forest.

“Numerous studies show that close to two-thirds of U.S. employees are bored, detached, or jaded and ready to sabotage plans, projects, and other people.”

No wonder innovation and change can be so hard

13 Ways to Kill Innovation and Change

The purpose of this list is to help innovators and change leaders identify how some people kill innovation and change.

While it’s a pretty tight list, it can be profound if you know how to use it.

I thought it was just a simple list at first, but the more people that read my list, the more they could see situations in a brand new way.

While reviewing the list with several seasoned change leaders, a friend shared a few more additions that really brought this to life.

He shared some skillful countermeasures and mitigations, too.

I forget who taught me this one, but it was a real eye opener.

When people told me they would do something, I often believed them.

After all, why not just say No, if you mean No?

I remember being in a training class, and the instructor asked a simple question:

“When somebody invites you to a party, and you say, yes, what are the chances you’ll actually go?”

And for a few, they definitely wouldn’t go!

But, it’s not very helpful to assume bad intentions by people, so what’s a helpful way to avoid this trap?

I always liked the phrase, “Actions speak louder than words.”

Words are easy, but actions leave a trail that of clues that help signal a person’s behavior, whether they intend it or not.

So you don’t need to assume bad or mal intent.

You just need to pay attention to signals, and don’t ignore them when somebody says one thing but does another.

The Change Agent Gets Fired

This is another very helpful insight, once you understand it and can identify it when you see it in action.

I remember a training class where the instructor said very crisply, and very boldly:

“The change agent gets fired.”

I was horrified.   I thought we were here to be change agents.  In fact, I had to ask the instructor, what are we supposed to do then.

He put it bluntly:

“Be the change leaders”.

It sort of felt like either a Yoda moment or maybe like Kung-Fu where someday in the future I would snap the pebble from his hand.

But on that day, I was still trying to wrap my head around the idea.

The instructor gave a simple example.  He said notice how vendors are often brought in during change efforts.

He said it’s easier to “fire” the vendor.

He elaborated that during change, it can create pain for people, and they can end up talking about people behind closed doors.

Over time it sunk in better what he meant, and I could think back to all those times where one team would work on an amazing effort.

But the effort was very different than the existing system.

And that conflict in the system would usually lead to a new regime taking over.

Sometimes, it was hostile, sometimes it was subtle through strategic moves over time.

But the underlying pattern was essentially the same.  The new team would disband the original team and scrape the cream off their efforts off the top.

The original innovation team would miss the rewards and recognition, while the new regime would reap the benefits.

Eventually, one of my mentors shared with me her favorite quote that characterized so many great change efforts:

As she said the quote, it was like watching my life flash before my eyes as I saw instant replays of so many change efforts.

Learn How to Lead Change with Skill

Live and learn is great when you have 9 lives.

If you’ve got just one life to live, then to equip yourself with some mad influence and change skills.

There are a lot of books I could recommend that help, but here is a really good starter set that helped me:

The game of change involves a lot of psychology and systems thinking.

The great news is that what you learn can help you rise and thrive beyond the ways that people will use to kill innovation.

Like so many things in life, when you turn the light on, the monsters under the bed disappear.

Amazon Leadership Principles for Innovation and Impact
Dream Big, Start Small
How To Become an Innovator
How To Create a Culture of Innovation
How To Use Narrative Memos to Share Your Ideas Better
Leading Culture Change

How To Keep a Team Together Using Shared Values, Principles, and Practices
Next Post:Why So Many Good Ideas Die or Don’t Get Adopted