How To Launch a Start-Up Within a Big Company 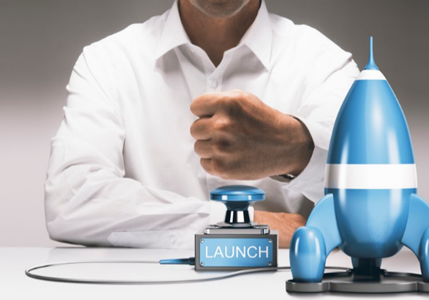 “The best startups generally come from somebody needing to scratch an itch.” — Michael Arrington, TechCrunch founder and co-editor

If you’re an innovator or Entrepreneur, you don’t have to quite your day job.

You can innovate inside of a big corporation, too.

The question is, how can you launch a successful startup within an established business?

When most people think of start-ups, they think they have to launch startups outside of a big corporation or outside of an established business.

And for good reason.

As a pattern, start-ups tend to die inside of a big corporation.  The existing businesses tend to kill them off because they treat the start-up like a foreign body.

But that does not need to be the case.

In fact, start-ups and new business ventures are a necessary part of business growth.

The trick is to know how to survive and thrive as a startup inside of a big or established business.

In the book The Future of Management, Gary Hamel shares how IBM learned how to launch new business ventures and create new start-ups from the inside out .

The Story of IBM and How it Launched Successful Startups

Here is the story in a nutshell, according to Hamel …

IBM had a growth problem.  After an exhaustive review, top business leaders on the review task force realized that the problem was systemic, it was not the fault of a single leader or individual, and they would need a systematic solution.

As a result, IBM created an Emerging Business Opportunities (EBO) campaign.  It was a comprehensive system for identifying, staffing, funding, and tracking new business initiatives across IBM.

Within the first five years, out of 25 startups, 3 were bad bets, but the remaining 22 were delivering $15 billion in annual revenue.

What Did IBM Learn About Launching Startups Inside of a Big Company?

Of course there were a lot of challenges when it comes to doing startups inside of a big business.

Luckily, the business leaders at IBM were well aware of the potential challenges and they used some management innovation skills to create a better environment for startups and new business ventures.

Here is a summary of the key lessons learned:

Talk about a disruptive culture within a huge Enterprise!

Looking back, I can relate to many of the challenges I faced as part of starting startups inside of a big corporation.  I can also see how some things were done well, and how other things could have been improved.

I think the most important insight though is this:

It’s very easy to take start-up failure or success personally, when really what you are up against are a lot of systems and culture issues.

You can work with the system, or against, the system, but in the ideal scenario you find a way to change the system so that it supports you and your startup success.

When it comes to change leadership and start-ups, what you don’t know can hurt you.

On a good note, I’ve had the privilege to work with many of the best change artists in the world, and it’s an amazing journey of learning and growth.

Many of the masters of change leadership draw from resources such as John Kotter (a professor at Harvard Business School and world-renowned change expert),  work from VitalSmarts (such as Influencer: The New Science of Leading Change), Prosci (a learning center for change management), and SixBoxes (an approach for improving human performance).

I believe that as more Enterprises go digital and Agile, we will see a lot more growth and startup mentality changing what it means to be part of a company in today’s ever-changing world.

How to Become an Innovator
Next Post:The 3 Parts of Business Development: Innovation, Quantification, and Orchestration

I am J.D. Meier. I help leaders change the world through digital transformation, innovation, and sustainability. Learn more...