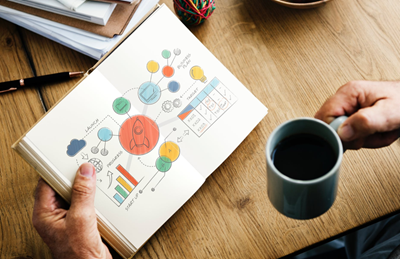 “Startups don’t win by attacking. They win by transcending.  There are exceptions of course, but usually the way to win is to race ahead, not to stop and fight.” — Paul Graham

A startup is the largest group of people you can convince to build a different future.

Whether you launch a startup inside a big company or launch a startup as a new entity, there are a few things that determine the strength of the startup: a sense of mission, space to think, new thinking, and the ability to do work.

The more clarity you have around Startup Thinking, the more effective you can be whether you are starting startups inside our outside of a big company.

In the book, Zero to One: Notes on Startups, or How to Build the Future, Peter Thiel shares his thoughts about Startup Thinking.

Startups are Bound Together by a Sense of Mission

It’s the mission.  A startup has an advantage when there is a sense of mission that everybody lives and breathes.  The mission shapes the attitudes and the actions that drive towards meaningful outcomes.

“New technology tends to come from new ventures–startups.  From the Founding Fathers in politics to the Royal Society in science to Fairchild Semiconductor’s ‘traitorous eight’ in business, small groups of people bound together by a sense of mission have changed the world for the better.  The easiest explanation for this is negative: it’s hard to develop new things in big organizations, and it’s even harder to do it by yourself.  Bureaucratic hierarchies move slowly, and entrenched interests shy away from risk.”

Signaling Work is Not the Same as Doing Work

One strength of a startup is the ability to actually do work.  With other people.  Rather than just talk about it, plan for it, and signal about it, a startup can actually make things happen.

“In the most dysfunctional organizations, signaling that work is being done becomes a better strategy for career advancement than actually doing work (if this describes your company, you should quit now).  At the other extreme, a lone genius might create a classic work of art or literature, but he could never create an entire industry.  Startups operate on the principle that you need to work with other people to get stuff done, but you also need to stay small enough so that you actually can.”

New Thinking is a Startup’s Strength

The strength of a startup is new thinking.  New thinking is even more valuable than agility.  Startups provide the space to think.

“Positively defined, a startup is the largest group of people you can convince of a plan to build a different future.  A new company’s most important strength is new thinking: even more important than nimbleness, small size affords space to think.  This book is about the questions you must ask and answer to succeed in the business of doing new things: what follows is not a manual or a record of knowledge but an exercise in thinking.  Because that is what a startup has to do: question received ideas and rethink business from scratch.”

Do you have stinking thinking or do you beautiful mind?

New thinking will take you places.

Why We Are Moving to the Cloud: Agility, Economics, and Innovation
Next Post:How Digital is Changing Physical Experiences