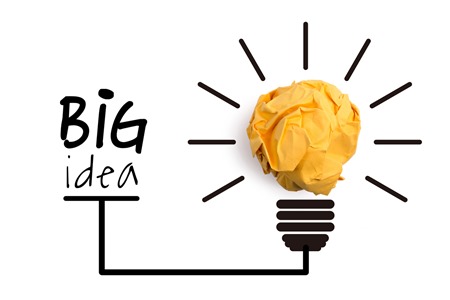 “To me, ideas are worth nothing unless executed.  They are just a multiplier.  Execution is worth millions.” — Steve Jobs

I learned a lot last year in terms of how to share and scale big ideas better.   I really wish I would have learned these lessons earlier on so that I could have gotten more out of my efforts around past ideas.

The three big things I learned about sharing and scaling ideas better are:

Innovation is a numbers game, but your numbers get better when your naming gets better.

And your innovation numbers get better when you learn how to make your ideas relevant to your audience’s pains, needs, and desired outcomes.

And your innovation numbers get better when you learn how to share and scale your idea as a memo written, as if to a friend.

Names matter (see Why Names Matter More Than You Think).   So many people say, “I don’t care what you call it, call it what you want.”

And that’s how good ideas can die on the vine.

It’s the idea virus in action.  If you want ideas to stick, start with the name.  Once you hear the name of a novel, Something Wicked This Way Comes, you never forget it.

It’s not always the better ideas that stick in the slots of people’s minds–it’s the stickier names.

I’ll be the first to admit that I named many of my early ideas, pretty badly.  For example, I called one of my best ideas, “Guidance Explore”.  It was effectively “ITunes for knowledge”.  The lack of a compelling name, limited an otherwise limitless idea.

So if you want to give your ideas a better fighting chance to find a slot in the mind of your audience, play with names until the right one sticks.

If you want to build a coalition of the willing, you need a cause that people care about today.  It sounds simple, and it is a simple concept, but find a way to link your idea for the future to pains, needs, and desired outcomes that somebody cares about today.

You can think of the desired outcomes as the future state.  What would the ideal future be if you were to address the pains and needs of today?

If you can scratch an itch or solve a problem or address pain that somebody cares about today, then it’s relevant.

That doesn’t make your big idea for the future any smaller.

But it does make it more relevant.

And if you want people to care about your idea, then you need to make it relevant and real.

Even if it’s real, but it’s not relevant, then so what.  Nobody cares.

Relevancy is a powerful lens and if you want your idea to have legs, start with relevancy.

It means deeply knowing the right nail for your hammer, the right customer for your solution, or the right audience for your production.

Because you have empathy and can relate to their pains, needs, and desired outcomes.

#3 – Write a Narrative Memo to Share Your Big Idea

This one is a doozy.   You can’t imagine how many meetings I would regurgitate the same idea, because I didn’t have it written down as a memo.

And slides do not do an idea justice.  And videos can be hit or miss.  And even if they are a hit, it helps to have a really good walkthrough, in a human way, of your idea.

Think of the memo as a simple narrative walkthrough of your idea, the same way you would walk through a friend.

Here is a more detailed explanation of how memos help share and scale ideas, and here is an  example memo.

The beauty is the act of writing your idea down forces you to simplify and clarify your idea.

And, even if you never use your memo, you will find it much easier to walk through your idea in the future, because you will have a deeper level of clarity that comes from the act of writing.

But really use your memo as a chance to slow down to speed up.

As I look back over many ideas, I wish that I would have written a lot more memos to share and scale the ideas, and to really accelerate innovation potential, by getting more people in the game.

It’s a lot easier to bring people along on an idea after you share the full picture view of what the idea is all about.   When you share your frame of reference or mental model with other people, then they can explore the idea in more depth and detail and follow along.

And, last but not least, sharing your idea as a memo can also help others chime in and add to your idea or help refine it, or help clarify, synthesize, and simplify.

You don’t need to write a memo for all your ideas.  Just the ones you really want to have a fighting chance and come to life.

How Satya Nadella Transformed Microsoft (and How You Can Digitally Transform Your Business)
Next Post:Why Startups Fail—They Don’t Solve the Right Problem