The Most Productive Teams Have These 5 Dynamics 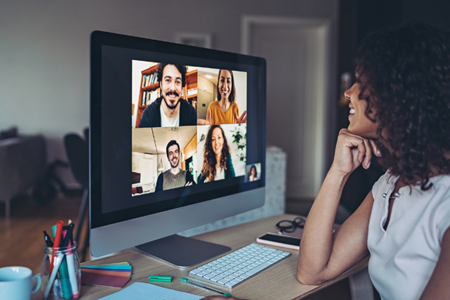 “Keep away from people who try to belittle your ambitions. Small people always do that, but the really great make you feel that you, too, can become great.” – Mark Twain

You can create a better stage for high performance teams if you know how.   The key is to know what dynamics actually underpin high performing teams.

I was watching a video where Brian Welle walks through what they learned at Google about building effective teams.

It all started with an ambitious goal – to create a service in Human Resources to help leaders staff better project teams through people analytics and insights.

What the research team learned was that it was less about individual characteristics and far more about team dynamics.

The research team learned that 5 team dynamics are really the key to effective teams:

Together, these team dynamics shape the overall performance of the team and that far outweighs the characteristics of any one individual team member.

We Value Team Effectiveness But We Focus on Individuals

Brian shared a great ah-ha moment how HR typically focuses on individuals instead of the team performance:

“The services that HR is providing to Google and Googlers were often targeting those services at the individual level.

The Pokémon Approach to Team Staffing for Building Effective Teams

Imagine if HR had a service where you pitched your idea for a project or a product, and HR would provide you with a list of the ideal staff?

Here’s how Brian walked through what they thought could be an ideal scenario and a huge opportunity for Human Resources:

A manager or leader comes up you and says I’m going to start a project or create a product.  Here’s my end goal, you tell me what kind of a team I need to actually achieve that.

And we could say, well given what you’re trying to achieve, you’re going to need 5 people to work on it, you’re going to want to have 1 extravert, so that they can keep the team excited and motivated, 2 conscientious people so that details are attended to, you want a mix of tenure, you want 3 women and 2 men so you have that diversity represented, you want them co-located in the first 6 months, and then you want them distributed in the next 6 months.

And, on top of that, we can take all of these profiles and we can give to you a list of Google employees that meet each of the profiles.

I call that the Pokémon approach to team staffing.

We have a whole bunch of super powers.

All we have to do is find the right cards to slot into the team, and voila, an effective team.”

The Experiment to Figure Out How To Build Better Teams

They did hundreds of interviews with engineers, leaders.

They followed 180 teams, in both Google’s engineering and sales organizations.

They surveyed every single member of those teams so they could learn as much about the individuals as they could and the dynamics between them.

They worked through all sorts of ideas about what an effective teams is.

In the end, they had 3 different measures for effective teams and analyzed all of the data against those outcome measures.

Dynamics within a Team Matters More than Individual Characteristics

Brian warns that teams are incredibly complex to study.  Especially once you peel back the nice veneer.

The research team couldn’t get to the ideal scenario, the Pokémon staffing solution I mentioned above, but they think they found something even more valuable:

“The dynamics within the team, were so much more important than the characteristics of the people who are actually on the team.”

All the significant variance in the people analytics models, came from team dynamics.

What does that mean for Human Resources (HR) leaders?

“The emphasis is less on staffing individual members for teams, and a little bit more in providing teams with the insight about their own dynamics and how they are working with each other to allow them to be effective.”

The 5 Dynamics of Effective Teams

So what are these dynamics that actually impact team performance?

Here are the 5 dynamics in order from most important to least important:

Brian walked through some highlights for each one:

“The sense of psychological safety… The teams that did the best were the ones where you could walk into that team and be safe to be vulnerable.  You could contribute an idea that is completely different from everyone else’s, and you will be considered, you will be supported, and there will be no denigration.

How clearly are the roles defined on the team and how clear are your goals.  Obviously, more tends to be better.

If the team members feel a sense of meaning for their work, and believe that the work that they’re doing has impact for the organization and for the world, all of these things together, help contribute to team effectiveness.”

In one study, on average, they outperformed their revenue targets by 17%.

Those that were the lowest in psychological safety, underperformed on average, their revenue target by 19%.

Of course, the key question then becomes, is this correlation or causation?

Here’s what Brain had to say about that:

“We considered how we could actually do a controlled experiment and decided it was somewhat unethical to randomly assign people to psychologically unsafe teams.

And so we’re going to accept that with the body of literature that we have about psychological safety and the persistence of these findings over time, that it’s causational.”

Brain warns that more is not always better.  Especially when it comes to structure.

The amount of structure you need depends on how dependable team members are.  And dependability includes both your colleague’s ability to do something on time, and to the quality that’s expected.

Teams that have a lot of dependability actually need less structure to perform better (otherwise, structure gets in the way and team performance actually goes down).

On the flip side, teams with a low dependability need more structure to perform better.

Here’s what Brain says about the issue:

“It isn’t as simple as all that.  It’s not that more is always better.

I want to show you one interaction that we discovered, and that was the interaction between dependability and structure and clarity.

It turns out that for the teams that were very high in dependability, you knew what you could rely on your team members to provide the quality that would be good, and that they would deliver on time, having a lot of structure, in terms of the role definition, and the clarity of the goals, actually impeded that teams effectiveness.

In contrast, the teams that has low levels of dependability, the structure and clarity, actually helped a lot.  So it sort of buttressed the lack of dependability.  And you can think of this even as you have new teams that are forming, where you’re not quite sure what you can depend on people for yet, that is a time when it’s especially important to have roles clearly defined and goals articulated.”

Do Research in the Messiness of a Live Organization

“So let me just end with an observation that we had.  And that is, it is really important to study teams in context.  A lot of what we know about what makes teams effective come from rather sterile team environments.

You have a group of undergraduates, who didn’t know each other before they stepped into a lab, they worked together for 2 hours, they leave and there is no contingency.

We do learn a lot from those teams.  But it’s actually good to do this research in the messiness of a live organization.”

What a great lens for learning your way forward through team effectiveness and how the 5 dynamics compound success.

How To Use Threat Modeling to Explore Threats and Countermeasures
Next Post: How To Build a Better Business Case for the Cloud