Why So Many Good Ideas Die or Don’t Get Adopted 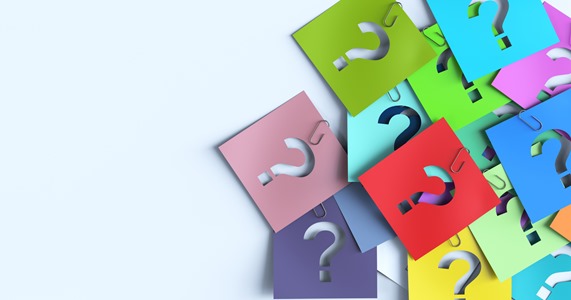 “Don’t die with your music still inside you. Listen to your intuitive inner voice and find what passion stirs your soul.” – Wayne Dyer

Why do so many good ideas die on the vine or fail to get adopted?

I didn’t know whether to call this why adoption fails, or why ideas die, but regardless, they are deeply related.

After all, one of the main reasons ideas die is that they don’t get adopted, so they fizzle out. It’s usage that gives an idea enough legs to blossom and bloom.

I see the same recurring patterns again and again around why ideas don’t get adopted, so I thought I’d share some.

One of the most common patterns is somebody thinks up an idea.

That’s as far as they get.

You Didn’t Test It

This is related to the first pattern. You thought up a potentially neat idea, but you didn’t try it out or test it to find out where, or if, the rubber actually meets the road.

This is where some Agile approaches have had an advantage in bridging the reality gap.

I’m a fan of “spiking” and exploration. Why “spiking”?

Because, you can focus on the high-risk, and test it end-to-end with a thin slice (and thin slices reveal a lot.)

You Threw it Over the Wall

The pattern I see here is somebody or some team comes up with a great idea.

Then somebody decides that it’s another person or team’s job to implement it.

So the idea gets “thrown over the wall.” Sure, people might write up a bunch of specs or a bunch of docs about how somebody is supposed to adopt it, but that just about never works in the early stages of an idea.

That only works when you’ve matured an idea to the point where it’s a “transaction.”

In the early stages, the idea usually requires a “relationship” play, because you have to transfer a lot of tribal knowledge.

You have to get the kinks out.

You have to learn what you didn’t know, and you have to build some empathy around the adoption pains.

This is how ideas flourish.

There is a surprise here. Usually what I see is somebody or some team comes up with the best thing since sliced bread.

Then they want others to adopt it. Others don’t adopt it.

So the person or team with the idea, concludes, oh, they won’t use it because, it’s “not invented here.”

What I see behind the scenes though is that other people or teams would love to adopt the idea, but they don’t know how.

The person or team with the idea threw it over the wall.

They expect the other people or teams to figure it out, because it’s such a good idea, that it speaks for itself.

The devil is in the details, and the friction or barriers to adoption wear most people out.

People don’t have all the time in the world to keep playing with other people’s ideas until they figure them out.

It’s sad, but that’s how so many ideas idea.

The lesson I learned long ago is that if you want somebody to adopt your ideas is that you have to do it for them or with them. It’s a small price to pay for getting over the humps of adoption. It’s not an ongoing thing either.

Once people “get it” they run with it, but only if you’ve helped them get that far to begin with.

And that’s how ideas flourish and bloom.

How To Kill Innovation
Next Post:The Agile Innovation Framework

I am J.D. Meier. I help leaders change the world through digital transformation, innovation, and sustainability. Learn more...