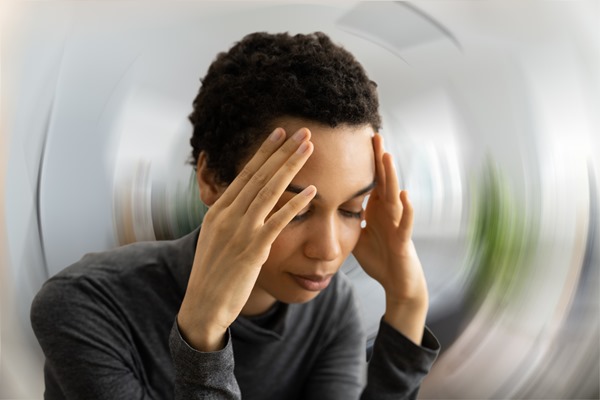 “The customer’s perception is your reality.” — Kate Zabriskie

If you want to stay relevant as a business or in your job, find a “migraine types” problem worth solving.

This is especially true if you are a startup.

Too many startups fail because they don’t test their idea with customers.

They spent a lot of time and effort trying to “push” their ideas onto customers.

Instead, they could let customers “pull” their ideas.

If you want to succeed as a startup, you need to solve “migraine type” problems.

Don’t Be an Idea Looking for a Customer

What if startups could succeed more often?

But unfortunately they don’t.

They fail way more often than they have to.

An idea looking for a customer, is a dangerous game to play, with the odds stacked against you.

The key is to find a migraine problem worth solving.

A migraine problem worth solving is one that customers care deeply about and they would pay you for.

Diana Kander shares insight into why startups fail in her book, All in Startup: Launching a New Idea When Everything is On the Line.

The Vast Majority of Startups are Doing it Wrong

Are the vast majority of people doing startups, doing them right?

“As an entrepreneur, an investor, and, most recently, a senior fellow for the Kauffman Foundation, I’ve spent thousands of hours working with entrepreneurs, only to find that the vast majority of people starting business are doing it wrong.”

Startups Fail 75% of the Time

“The statistics are scary.

The overwhelming majority of startups fail.

Even startups funded by outside investors, the cream of the startup crop, fail a staggering 75% of the time.”

Can’t you just try harder or throw more money at the problem?

Sure, if you want to burn through your passion and your money.

“What causes all this failure?

First, let me tell you what does not cause startups to fail.

They don’t fail because the founders refuse to risk their life savings or because no one is willing to invest.

Startups don’t fail because the founders couldn’t build the software or product necessary.”

Not every idea is something people will pay you for.

“Truthfully, most failing entrepreneurs are passionate, hardworking dreamers who will risk everything, and try anything, to make their startup a success.

They are great people.

Great people pushing flawed concepts for which no one was ever going to become a paying customer.

Startups fail because by the time the founders figure out that their idea isn’t good enough, it’s too late to make it better.

They only realize that no on actually wanted their product or service after they’ve already run out of money.

Customer Problems are Either Headaches or Migraines

Focus on the serious stuff.

The rest of it is noise.

“You will need to significantly increase your chances of startup success if you focus on solving only those problems that are causing serious issues for your customers.

Customer problems are either headaches or migraines.

Your ordinary headache is just something annoying. ‘Oh, I have a headache,’ and maybe you take an aspirin or you don’t.  Either way, it goes away and you don’t even remember it an hour later.”

What is a “Migraine Type” Problem?

Migraine type problems are worth solving.

The pain is high.  So the value of a solution is high, too.

“And then there are migraine problems … They are horrible!  The pain is like an icepick in your brain … With most pain you can lie down or do something to make it bearable.  With a migraine there is no escaping.

The world is blurry and your stomach is churning … That’s a problem worth solving.

Hence the commercials. Hence the drug and Botox and billboards on the side of the road advertising doctors who treat them with everything, including brain surgery.

Be like a detective and learn the problems that count.

“You have to take yourself out of sales mode when trying to identify your customer and their problem.

Your objective should be to learn, like you are a detective.

Like someone who is testing a theory.  Like a negative result is just as valuable as a positive.

The worst thing you could get is a false positive because that would just waste more of your resources moving forward.”

Use Your Customer’s Words

Use actual statements from your customers to keep yourself honest and reflect the language from real people with real pain.

“You need to first and foremost figure out if prices is a problem and which customer segment it’s a problem for.

And you can’t use your own words to answer these questions.

You can only use actual statements that you hear your potential customers say when you talk to them.”

You Have to Hit a Nerve

You’ll know when you hit a nerve.

The conversation will suddenly take on extreme importance.

“I can’t tell you just how obvious it is when you find a migraine problem.

Once you hit that nerve, they aren’t just going to agree with you and walk away.

They’ll tell you what they are currently doing to try to solve it.

All the things they’ve tried in the past that didn’t work.  Even how much money they’ve spent trying to find a solution.

When you bring up a migraine problem, you’ll see the customer’s eyes dilate right in front of you, like you just stuck your finger in a serious wound.

That’s where I made my money with Sparksys.

The bigger the pain, the easier it will be to sell the solution.

Plain and simple.  You’ve got to hit a nerve.”

Listen First and Then Talk

Stay curious and listen to learn.

“Listen first and then talk.  I can’t stress that enough.  Just remember to listen.

If they’re willing to talk, let ’em talk.  Ninety percent of the stuff they say may be crap and may be boring, but there’s always a sliver of value there.

As long as they’re honest and know you’re not trying to sell them something.”

What Will Your Future Customers Pay You For?

If you’re struggling with why nobody wants to buy what you’re selling, or wants to use the services you offer, ask yourself:

Did you check first with potential customers whether they really, truly want it or need it.

One of my mentors put it pretty bluntly.  He said you might think you are good or that you might have a good idea.

But you don’t know until you test it.

You really test it when you actually ask somebody if they would pay you for it.

I remember making ashtrays in school art class.   My Mom liked the one I made for her, but nobody would pay for it.

For a dime, I’ll give you a dozen.

It’s much harder to take it to the next level, and commercialize it, or mainstream it, or even just get it adopted.

How To Stay Relevant for the Future

The good news is that potential customers and opportunities are all around you.

If you don’t know what they care about, just ask them.  When you strike a nerve, they’ll tell you all about their pain.

And, if you are struggling at work with being relevant, or struggling to get a job, the same idea applies.

If at first you don’t succeed, maybe you should try a better idea that customers care enough to pay you for.

I know it sounds overly simple, but maybe it will help you solve better problems instead of end up as another failed stat.

All in Startup: Launching a New Idea When Everything is On the Line, by Diana Kander

3 Ways You Can Share Your Big Ideas Better
Dream Big, Start Small
How To Become an Innovator
How To Use Mock Press Releases to Innovate Better
The Power of a 6-Page Narrative Memo to Share Your Ideas Better

3 Ways You Can Share Your Big Ideas Better
Next Post:The C.E.O. Pattern for Digital Transformation Explained