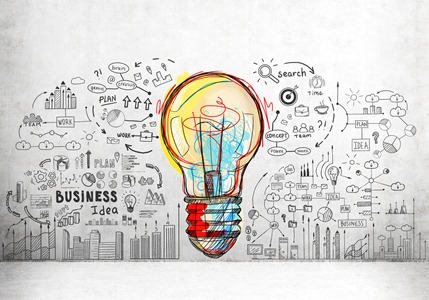 “Business opportunities are like buses, there’s always another one coming.”–- Richard Branson

I love it when a simple tool or technique can empower an individual to change the world.

At Microsoft, one of the most important skills I developed is the skill of innovation.    Innovation is a broader skill with a lot of supporting skills.

And even though I say “skill”, I am always focusing on learning new mindsets, skillets, and toolsets so I can operate at multiple levels.

As an innovator, I am always on the hunt for great methods and techniques.  One of the best methods I created for activating imagination and inspiring innovation is what I simply call “Imagine If”.  You can see some example “Imagine If” statements in this handy cheat sheet of imagine if statements.

“Imagine If” is what I’ve used to help leaders reimagine the future and come up with new business models to create and capture value.  Imagine If is also the skill I taught to friends in the field to create and shape the future in every market including automotive, banking, education, health, retail, media, telco, the future of cities, the future of sports, and more.

But that’s not what I want to talk about today.

Today I want to talk about a technique that one of my mentors pointed me to:  How Might We?.

Google and IDEO Use “How Might We” with Every Design Brief

My mentor pointed me to a video where Charles Warren of Google walks through the story of the origins of How Might We.

It’s a captivating story of those how 3 words, How Might We?, forever changed the design thinking process.

It’s also a powerful story of how one person was able to inspire and coach a company to come up with their next big thing, after being stuck for many months.

According to Charles, at Google, in their design team, they use the “How Might We?” process every day.

For example, “How Might We predict whether a flue outbreak is going to happen on search engines?”

And, if you read Tim Brown’s book, Change by Design, Tim says every design challenge at IDEO begins with a “How Might We?” design brief.

But where did the How Might We process actually start?

The Challenge of How To Beat a Billion Dollar Business?

Charles starts off with a story of how the How Might We process was used to compete against a billion dollar business.

How Might We was first used to help compete against a billion dollar business back in 1974.

It was created by a guy named Min Basadur, who was an industrial engineer at the time.

As the story goes, Colgate launched Irish Spring, the soap famous for its green stripes, and it created a billion dollar business.

Proctor and Gamble needed to respond.   They had tried for 8 months, 6 at bats, but didn’t get anywhere.

At the time, Proctor and Gamble wouldn’t release a product unless it can beat the competition or incumbent in a blind test.

Then along came Min Basadur, who helped guide the Proctor and Gamble team using his How Might We? approach.

In 3+ hours, just by reframing the questions, Min helped the team come up with the concept of Coast that changed their game.

While Coast didn’t unseat Irish Spring, it did very well, made Proctor and Gamble some money, and they eventually sold it to Dial.

How Min Basadur Introduced “How Might We” to Proctor and Gamble

Min was well-researched and he had noticed that all brainstorms started with “How can we…” or “How should we..” or “Let’s brainstorm about…”

Min reframed the question in a simple way… “How *might* we do X or Y?”

And it’s that subtle change that made all the difference.

Min asked the Proctor and Gamble team what was their goal?

The team said their goal was to make a better green stripe bar.

Asking “WHY?” to Open Up Broader Possibilities

As Charles put it, when you ask the question Why about something you’re trying to do, it opens up broader possibilities.

The Proctor and Gamble team said, “We want to enter a new market”; “We want to make more refreshing soap, grow our company, make a better product, and beat Colgate.”

They listed reasons such as:

“To make a better product”

“To grow the company”

“To enter the new market”

The team took “make a more refreshing soap” to the next round.

“How might we make a more refreshing soap?” is a broader goal than just trying to beat a green-striped bar.

Asking “WHAT is Stopping Us?” to Get to the Tactical

With the new goal in hand, “How might we make a more refreshing soap?”, Min asked a new question:

“What is stopping us?  What’s in the way of us making a more refreshing soap?”

Min asked “what is stopping us” to get at more tactical opportunities.

The Proctor and Gamble team responded with statements such as:

“We don’t know what imagery to use.”

“And we really haven’t thought about that.  We’ve been focused on green stripes, right.”

“We haven’t been thinking about this refreshment thing.”

Solving that “refreshment thing”, just might be the golden opportunity.

The team took the challenge forward:

“We don’t know what refreshes people”.

And they asked How Might We Again.   It’s an iterative process.  So the new challenge became:

Min says, “Oh, let’s make a list.  Let’s just sit together and make a list, without too much judgment, of what refreshment means.

Now it was brainstorming because now there’s sort of specific answers to this, not more questions.

The Proctor and Gamble team responded:

“riding on a roller coaster”

“the beach,” (that one’s been taken by Irish Spring, but the team decides to try it anyway)

And the Proctor and Gamble team used a beach as their organizing metaphor, and within 3 hours they had the concept for Coast.

After trying and failing for 8 months, with 6 at bats, they didn’t get anywhere…but within just a few hours, just reframing the question from “green stripes” to “refreshment”, they find their next market winner.

Coast did very well and made a lot of money for the company.

Charles shared a beautiful recap of how to use How Might We in practice.

The way you do it is write How Might We, all the things you might do, and then ask 2 questions:

To be clear, Charles says you won’t actually be able to do the process effectively, without more training and practice, but at least that’s the main idea of the approach.

Sustainability at Microsoft
Next Post:What I Learned Building Knowledge Bases at Microsoft